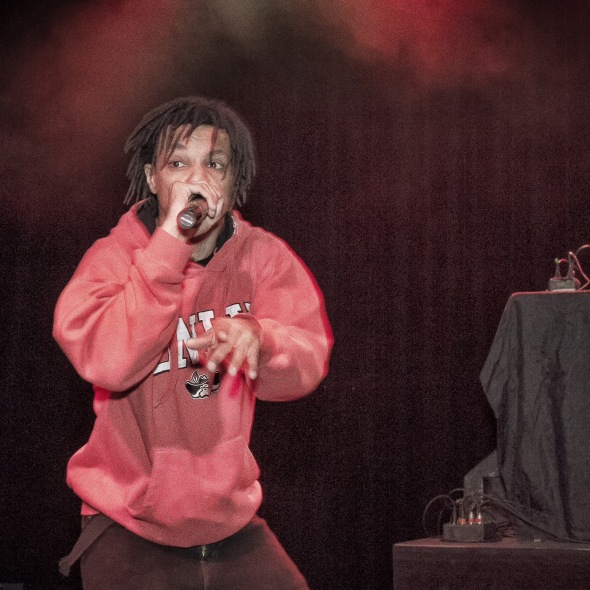 Hailing from historical Lawnside, New Jersey Royce Castro is one of the most versatile upcoming artist in music. Influenced by life past present and future as well as The youngest of 5 brothers Royce grew up being exposed to a variety of hip hop from every coast which allowed him at an early age to comprehend lyricism .Growing up in Lawnside Royce often rapped for fun with close childhood friend Millionz after school in the basement free styling or just going back and forth to see who would remember the lyrics better to Outkast and Bone Thugs And Harmony albums. (greatest times in life). He has been through so many turns in life helps him never run out of material to voice over tracks “. Life is a lesson as a whole you want to forget the bad but the key to life is always see the beauty in it no matter how ugly it may be. (A statement that he carries everywhere. Featured on many mixtapes hosted by Big Sean, Skyzoo, Jadakiss and even mixtapes overseas Dj King Flow(France)  are what quickly got him covering ground early in his career. From performing in the Philly, Jersey, Delaware tri areas with his most notable performances was opening up for Big Krit, Mick Jenkins,Curren$y, Camp Lo , Snow Tha Product, DEE 1(Slingshot David Tour) EPMD & Styles P, Bone Thugs N Harmony, SCARFACE on the ICON TOUR and with the KNARLEY MOVEMENT for Tech N9ne (Tla Philly Pa) for his INDEPENDENT GRIND TOUR with Freddie Gibbs, Jarron Benton ,DMX to performing at festivals (Kushstock Adelanto California)and doing live radio interviews at Wrfg 89.3 ATL REMIX in Atlanta GA. Some label his 1st release EP Titled The Gil Cobain Hendrix Experience a musical classic with only 9 tracks has a lot of range. Music is taken very serious by Royce it saved his life and gave him a new found direction that resulted in positive after doing so much negative.